To Affirm or Not Affirm?

Imagine for a moment that your subconscious mind is like a giant filing cabinet. It sorts every thought, action and memory, and over time, the cabinet gets cluttered and the “files” become corrupted, with some files appearing more dominant than others. In our subconscious mind, these files can relate to negative influences in our environment—messages from powerful authoritarian figures, bad habits we pick up over time, chronic stress, and ingrained habits related to food choices.

Science and Non-Science of Affirmation

Repeatedly being exposed to radio advertisements, TV advertisements, and billboards with key messaging could be considered an unconscious imbibing of affirmations, which if accepted by the subconscious, could influence decisions (positive or negative) towards the advertised product or service.

The self-affirmation theory (Steele CM 1988) begins with the premise that people are fundamentally motivated to maintain their self-integrity or global perception of adequacy. Based on these findings, researchers hypothesized that awareness of self-affirmation benefits would undermine its impact when participants were instructed to self-affirm. Being told to self-affirm to attain specific benefits (e.g. to feel better about oneself) may challenge recipients’ sense of autonomy, undermining the affirmations’ intrinsic appeal. However, researchers hypothesized that when individuals operated under the presumption that they had freely chosen to complete a self-affirmation task, its benefits for performance under threat could be restored.

The above examples highlight some scientific relational direction in healthy subjects. However, does self-affirmation have any impact on ill health? For one study (Taber JA et al, 2016), 326 cancer survivors reported that participants with higher optimism reported better health, greater happiness, hopefulness and lower likelihood of cognitive impairment and concluded that given the malleability of self-affirmation, the findings are important avenues. In another study, participants received either an insulting evaluation or a neutral evaluation from an ostensible peer. The researchers predicted that both neutral and insulting evaluations would increase cardiovascular activity, and that insulted participants would exhibit relatively greater increases. Furthermore, consistent with the self-affirmation theory, it was also predicted that thinking and writing about a core personal value after being evaluated would facilitate cardiovascular recovery.

At the behavioral level, self-affirmation improves problem-solving (Creswell DJ, 2013) performance on tasks related to executive functioning (Harris PH, 2016). Numerous studies highlight that thinking about self-preferences activates neural reward pathways. A group of researchers (Dutcher JM et al, 2016) hypothesized that self-affirmation would activate brain reward circuitry during functional MRI (fMRI) studies. Their findings suggest “that self-affirmation may be rewarding and may provide a first step toward identifying a neural mechanism by which self-affirmation may produce beneficial effects.”

In summary, it has been suggested by the scientist and behavioral care providers that self-affirmation reminds people of important aspects of the self, enabling them to view events from a reasonable, considered, and rational viewpoint (Sherman DK et al, 2011). By enhancing the psychological resources of self-integrity, self-affirmation reduces defensive responses to threatening information and events, leading to positive outcomes in various areas such as psychological and physical health, education, prejudice, discrimination, and social conflicts (Sherman DK et al, 2006). Thus, after being studied extensively by social psychologists, self-affirmation has now just begun to receive attention. Repeated use of affirmations in a meditative state can help to rewrite messages—but only if an individual is ready and willing to manifest positive change.

The subconscious mind, however, cannot differentiate between negative and positive, or between what is real and imagined. For example, if we want to be successful, we cannot say things like “I don’t want to be a failure.” The subconscious mind will act upon the word “failure,” ignoring the word “don’t,” and actualizing the undesired result. We must choose what we share with our subconscious mind carefully, and that is why positive affirmations are so critical. The subconscious mind is most open to helpful and beneficial suggestions while we are in the “alpha” brainwave state—our most relaxed state of mind. The alpha wave frequency is often achieved in a meditative state or just before falling sleep, creating an optimal time to receive positive affirmations. Music designed to create the alpha wave state or technology known as brainwave entrainment can also help if you are not an avid meditator.

Use Affirmations for self-help and combat the daily grind

Affirmations are positive statements. When properly formed, affirmations can counteract some of our negative thoughts and habits, resonating with the alpha brain waves and enabling us to achieve empowerment. I frequently ask students and clients to give me examples of a positive affirmation.

Some of these examples include:

“I am in control of my life”

“I have set my goals and I am moving towards them”

This is a great start, as affirmations with words and valuable phrases can be quite powerful, imprinting positive messages in our subconscious mind. These affirmations can help with rewriting the thoughts in the files, where often-negative messages that originate from a repeated phrase can be stored, The only barrier to achieving our personal goals is ourselves and we often need to retrain our thought patterns to see the joys, opportunities, and possibilities in life rather than the limitations.

Our thoughts can drive our attitudes, our actions, and our behaviors. We can use this powerful chain reaction for empowerment, achievement, success, and self-actualization.

How to create powerful affirmations:

Examples:
I, Jane, meditate ten minutes a day and I feel strong

I, Sally, enjoy two healthy snacks a day and I am healthy

I, John, manage my time well and I am in control of my life

I, David, set daily goals and I am empowered to achieve them

Affirmations can be spiritual in nature or action and time bound orientated.

I ________ release all negative thoughts, feelings and ideas and I move forward positively

So remember to pick the right statements for your intentions, make it a daily habit to clear the clutter and reprogram your subconscious mind. Be aware that positive affirmations don’t magically manifest results—what they do instead is open your subconscious to new channels of information and opportunity, so you must take action on these in order for any major changes to happen to your life.

Now try creating your own. I recommend repeating each affirmation 10 times, and that you create three affirmations reflecting areas for growth, improvement, and happiness. These affirmations can help you empower yourself to be who you truly deserve to be. 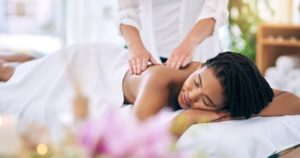 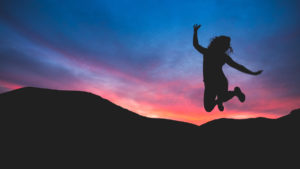 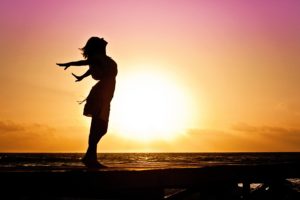 To Affirm or Not Affirm?